Current season is Season 5, which will start in the beginning of February 2022.

REGISTRATION IS OPEN UNTIL January 31st ON DISCORD.

Register on discord #tt-series-registration channel. You can see all channels only after you accepted the rules of server.

When you get accepted, you will be able to see tourney channels according to the role you have been given.

Tourney To Series are tournaments organized by Shogi Harbour (Karolina Styczynska Ladies Shogi Professional). Each tournament is for players of different skill set from beginners to advanced players (as described below). Each tournament consists of 9 rounds, played at pace of one game per week. That means one season of tournament takes around 2-3 months to complete.

All arrangements are done through Shogi Harbour’s Discord server, so it is necessary to have registered and email-confirmed account on Discord, and to accept discord rules.

Skill level of each tournament is:

Pairings and results will be posted on this website under each tournament page in the main menu, with additional pings with direct links on the discord. 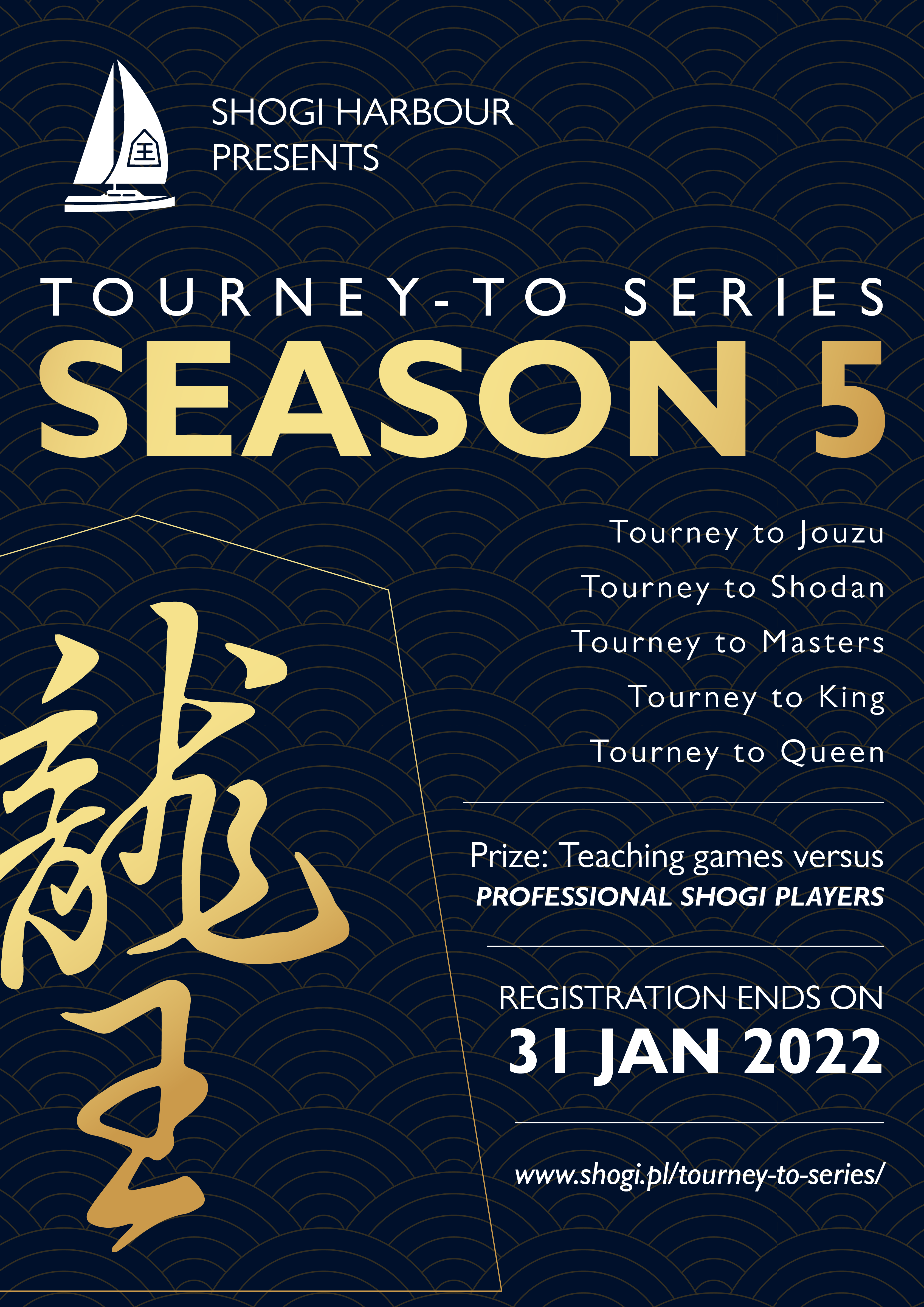